Longtime residents Pat Watkins (former Mayor) and Marcia Nielson, are affectionately known by the Village Clerk's Office as our "Historicals".  Pat and Marcia volunteer their time on many Friday mornings to organize, archive and preserve our Village's history.  You can hear these two ladies having a blast as they go through old photos and memorabilia.  You can tell from the laughter that they are truly enjoying the task at hand.

During the Village's first official council meeting held on July 10, 1957, the following representatives were appointed:

During this meeting, the council agreed to borrow $8,100 for expenses at a rate not to exceed 6%.

While excavating the Jupiter Inlet Colony area, an Indian mound with various artifacts was discovered.  It was determined the encampment to be a strong Tequesta Indian tribe from South Florida who encroached on the nomadic Jeagas inhabiting the area at the time.  Although historical authorities disputed his Tequesta theory, Martyn was convinced of its authenticity and in his own mind proved that point by naming our beloved village “Tequesta”.

For in-depth information on the Village's history, peruse our two anniversary publications:

136 Bridge Rd, is dedicated to Russell K. White, who served in the Public Works Dept. for 36 years 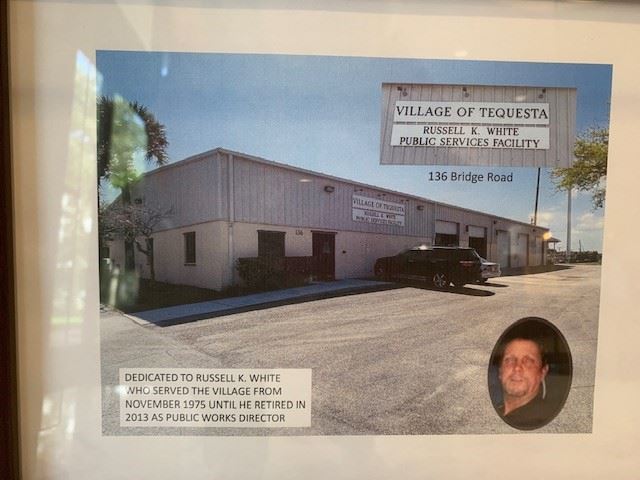 Village Green, 345 Tequesta Drive.  Inspired by the heroes of the 9-11 attack, sponsored by Friends of Public Safety and dedicated to Council Member Jim Humpage. 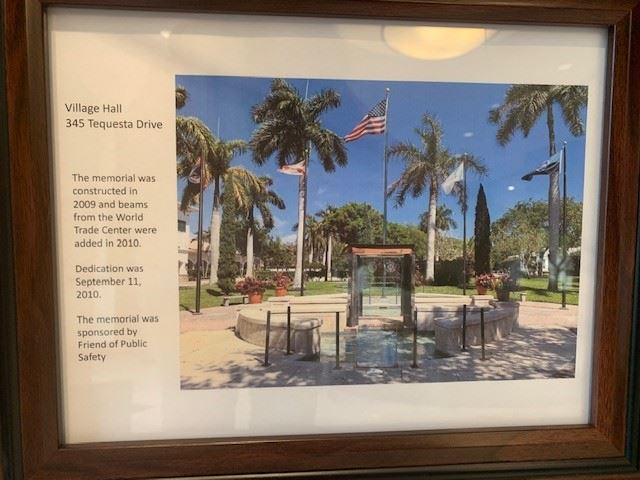 Constitution Park playground dedicated in 1996 to Christina Holt, a victim of child abuse. 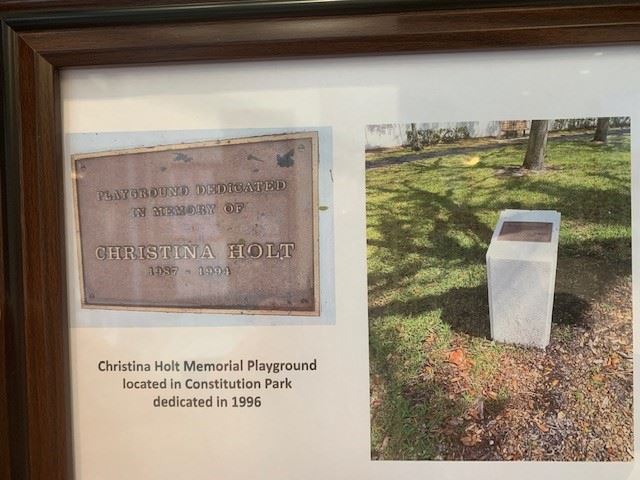 Located at the Constitution Park flagpole.   Dedicated in 2019, “A tribute to Gold Star Families whose loved ones paid the ultimate price defending the USA; their sacrifice will not be forgotten”. 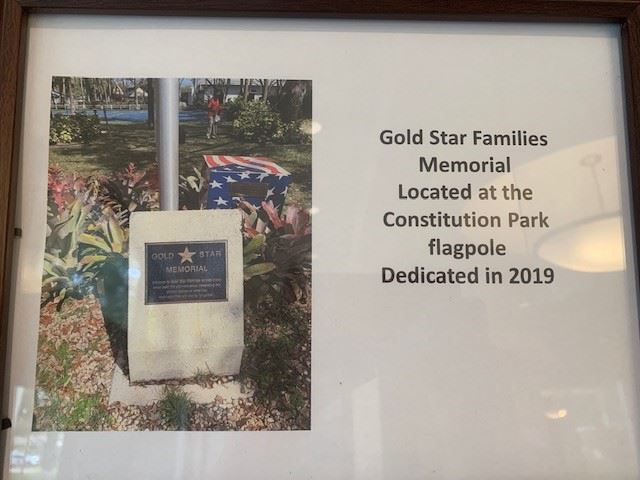 Located on the Village Green, 345 Tequesta Drive.  Transformed by Council Member Carlton Stoddard (1980-1987) into Fountain of Honor with residents’ names. 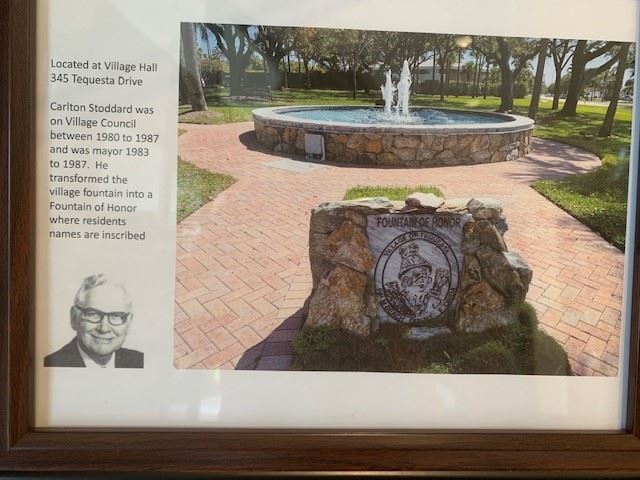 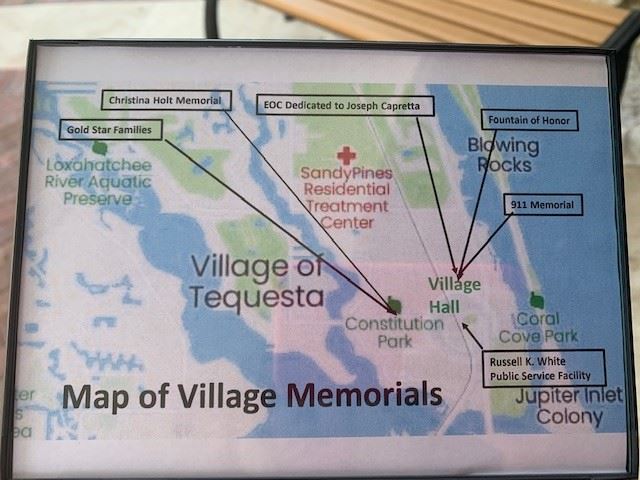 Be a Part of Tequesta's History

Assist us in gathering items for the displays. Should you have copies or preferably original memorabilia that can be maintained for historical purposes by the Village please contact Mary Ann Grieser at 561-768-0445. Should you have items of interest but would prefer not to donate them, we can copy and return them to you. Additionally, if you would like to provide an audio interview of your experiences as a Tequesta resident, the Clerk's Office would be happy to schedule a time to record your memoirs.

Please complete the Historical Artifact form and return it to the Village Clerk's Office. For additional information, contact 561-768-0445